Council Meetings are held the First & Third Tuesday of the month at 6pm
​ in the council chambers at 213 South Main Street Fostoria, Ohio 44830. 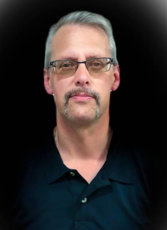 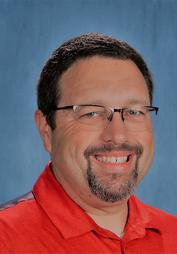 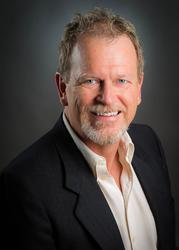 Clerk of Council - Tami Drake​
I have lived in Fostoria all of my life, I was asked to be the Assistant to the Clerk of Council 4 years ago, I then became the Clerk of Council about one year ago, I enjoy the job very much and have learned a lot. I also work full time at Wolph Title, Inc., and have been an employee of theirs for 18 years, I also work part-time as the secretary of the Civil Service Commission for 7 years. I have been married to Jeff Drake since 1988 and we both are the owners of our Trucking Business for 3 years now. I have a son Joshua A. Drake and 2 beautiful Grandchildren, Liam and Rylan Drake, whom I refer to as my tator-tots. I am a 1988 graduate of Hopewell-Loudon High School. I love to antique shop and attend as many flea markets as I can during the seasonal months. My favorite sport is football and get into the games maybe a little too much.

​I was born in Tiffin, but grew up on Rt. 18, just a few miles east of Fostoria.  After graduating from St. Wendelin High School in 1973, I went to college and eventually received a degree in Electrical Engineering Technology.  I am also a percussionist and love music.  I played drums in Band, Orchestra, Young Fostorians, and multiple rock bands over the years.  My first drum lessons were at Duffield’s Music Store in downtown Fostoria, where I later taught lessons to new students.  My interests in music, engineering and outdoor sports eventually landed me in Denver, CO, where I lived for the 35 years.  In Denver, I was a partner in D. L. Adams Associates, an engineering consulting firm specializing in acoustical and theatrical projects design.  We worked on projects all over the world from Taiwan to Kazakhstan.  My parents are both from this area and lived in Fostoria most of their lives.  In 2017, I sold my partnership in the firm and moved back to town to be near my mom.  With my background in engineering, management and the arts, I will use my experience to help make positive changes for everyone’s benefit.  I look forward to future possibilities.

I was born and raised in Fostoria. I am a graduate of St. Wendelin High School and Tiffin University. I resided outside (about 12 miles) of Fostoria for a number of years and elected to move back in 2015. My goal in college was to go into banking, however I have spent my career in transportation, warehouse and logistics. I have been very actively involved in the startup of several successful companies. I was President of Findlay Truck Line, Inc. for a number of years and ultimately purchased the company. Fostoria has always been a great community to live and work in. I could not have been raised in a nicer community. The things that I learned and experienced, growing up here have contributed to who I am. Giving back to the community of your "roots" is not really an option, it is an obligation. My time has come to give back. To promote growth, encourage the younger generation to return here, raise a family, and help restore Fostoria to the greatness that it once had. Times have changed, but I believe this community will move forward. This is a community of people that are very giving, unselfish, and caring. No one is a stranger in Fostoria. 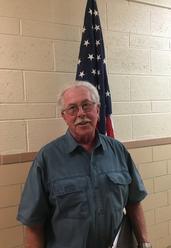 At Large - Brian Shaver
Brian Shaver is a Fostoria native and chose to return to the Fostoria community to raise his family. As Director of Parish and School at St. Wendelin Catholic School and Parish, he has developed many relationships within the Fostoria community and attends many functions in the city of Fostoria focused on development, commerce and community building which aids in decision making as a representative at-large in the city.
In his education, training and tenure with the Diocese of Toledo, he gained an incredible, well-rounded, insight into the many facets of running a community based non-profit business. Such facets include management, budgeting, problem solving skills, safety, resource procurement and development, communication to stakeholders, document and policy drafting, diplomacy and interpersonal communication skills.

Ward 4 - Thomas Lake
I have been serving on City Council since 2003. I ran for City Council because I wanted to help bring jobs and businesses back to Fostoria. My vision for Fostoria is to work on building recreation, fighting unemployment and bringing businesses to Fostoria! I love Fostoria simply because it’s a wonderful place to live. 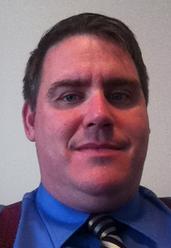 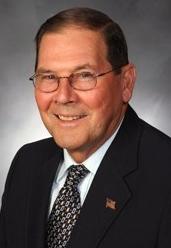 Ward 3 - Mike Hopple
A lifelong resident of Seneca County, I grew up on a farm in Republic. Shortly after graduating from Tiffin University with my Bachelors in Accounting I moved to Fostoria where I met my wife of 21 years. My wife and I have enjoyed raising our daughters in Fostoria. We are actively involved with the community volunteering our time with the Fostoria City School Marching Band.

Almost all of my years living in Fostoria have been spent in the third ward. I am very proud of our city and the resilience that it shows as it grows and times change. I look forward to helping our community move forward and keeping it an enjoyable place to call home.

Ward 1 - Paula Dilion
I have lived in Fostoria all my life. This is my first term on City Council; I’m on my third year of a four year term. I ran for council because I wanted to be more involved with the city. I’m retired from Honeywell and finally had the time to devote back to the city.

I enjoy hearing from the people of the First Ward and listening to them for ideas around their neighborhood. My favorite thing about Fostoria is the people; they are good citizens who always stand behind the city. I volunteer at ProMedica Fostoria Community Hospital and I’m active in the Block Watch program. My favorite pastime is spending time with my grandkids. 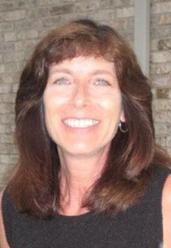 A native of Columbus, Steve Kauffman holds Bachelor of Music Education and Master of Arts degrees from the Ohio State University.  He has been teaching instrumental music full-time since 1995, and worked in the Buckeye Central Local and Columbus City School districts before moving to Fostoria in 2010 to accept the position of Director of Bands for the Fostoria City Schools, where he was awarded the 2016 Rotary "Golden Apple" as the outstanding teacher in the City of Fostoria.  Steve and his wife Heidi have four children (all of whom are Fostoria High School Graduates) and one grandchild. Steve also serves on the state board for the Ohio Music Education Association as president-elect of District 2, and is a member of the Fostoria Charter Review Commission.